JCD organized the Japan Cultural Days Event to celebrate DIA’s newly installed permanent Japan Gallery. The event was held for two days where more than 50 traditional and contemporary cultural masters in dances, art craft, and martial arts performed and exhibited their work. There was special transportation arranged so that people in the suburbs could attend. The DIA received 7,000 visitors for this event. 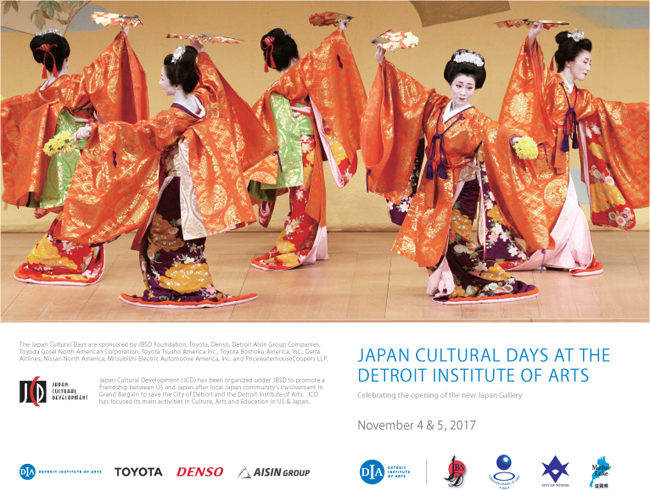 The JCD will continue to organize innovative Japanese Art and Culture events at the DIA.

The Eve and Preview of Japan Gallery

A toast to a drink by Mayor Ota, Toyota City, at the Eve and Preview of Japan Gallery in November, 2017

Fascinating Awa dance in perfect order by “ Kiku no kai” 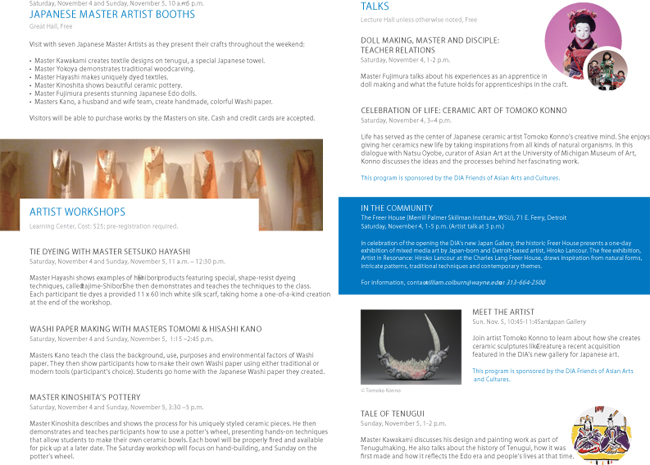 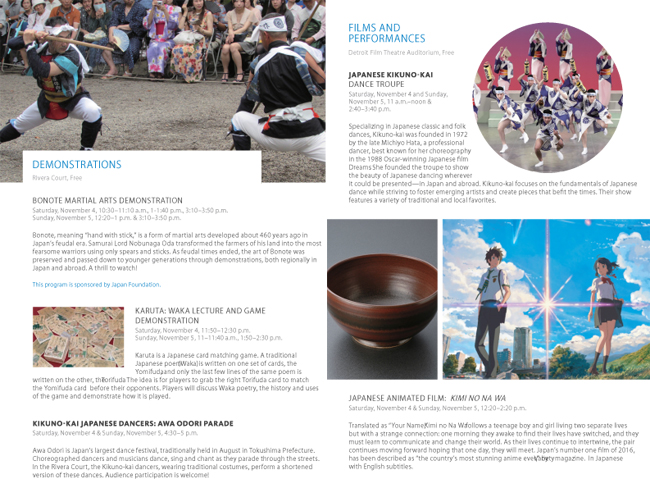 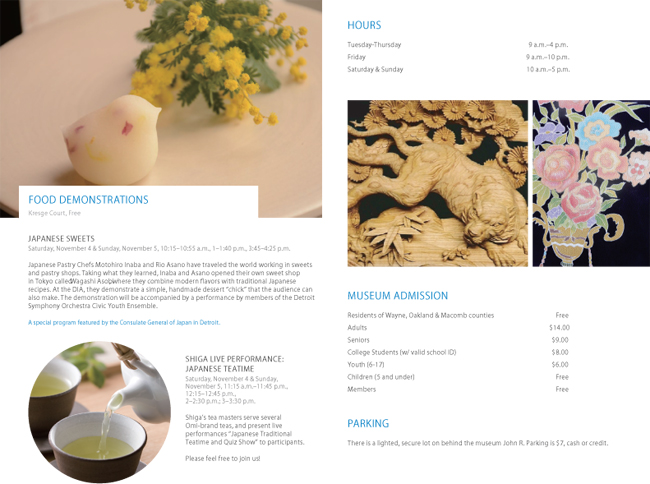 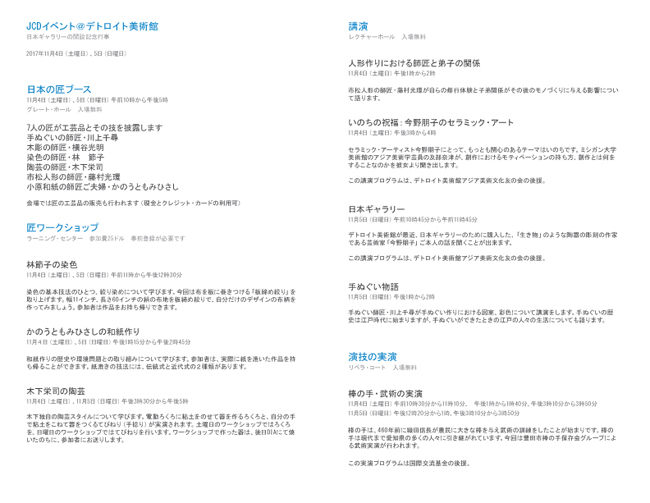 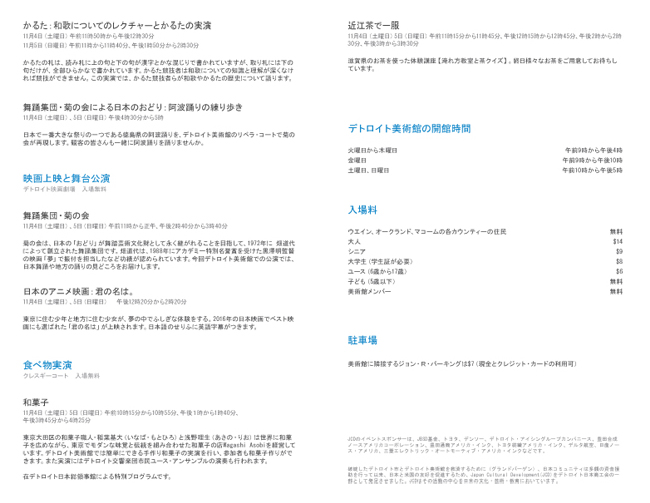 Interactive tea table, the most popular attraction in Japan Gallery

Master Kawakami explained how Tengui was designed at Lecture Hall

Dance of Two Lions by Kiku-no-kai at Theater