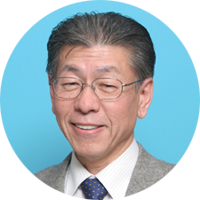 In the late 1970s, The Japanese auto industry started to make inroads into the US. In doing so, Detroit was one of the most important cities because of Big Three and other related automotive suppliers.

Hundreds of Japanese auto related businessmen have been working in this area and with the Motor City community, bridging Japan and the United States. The DIA was the sixth largest art museum in the US that houses American and European arts. The continuous decline of the automobile industry resulted in the city declaring bankruptcy in 2013. The DIA also declared bankrupted because it was owned by the city.

To revitalize the DIA, the JBSD quickly collected more than $3.2M in donations in 2014. Part of this donation funded the installation of a permanent Japan Gallery. The Gallery opened in November 2017 with a spectacular opening event which showcased Japanese traditional culture, arts and art crafts. The event brought more than 7000 visitors in 2 days.

The JCD was founded as a volunteer group in late 2016 to help promote cultural understanding between the Detroit community and Japan. To date, the major event was the “Japan Culture Days” that celebrated the DIA’s Japan Gallery Opening in November 2017. This event was successful. We hope that JCD continues to organize such events and hope these JCD events would impress not only local people but also Japanese who lived around the Detroit area.

Profile of Takashi Omitsu
For more than 26 years, Mr. Omitsu has overseen the US R&D operation of one of the largest auto suppliers in the world. After living with his family for 34 years in the United States he retired in June of 2018. He has been faithfully serving as a Board Member of the DIA since November 2015. He was a former President of JBSD in the past and is currently serving as an Executive Advisor for JBSD. He lives in suburbs of Detroit.